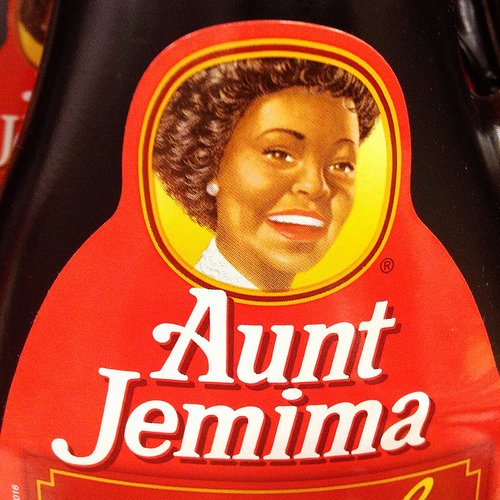 Last August, two alleged great-grandsons of Anna Short Harrington, the woman who was the face of the Aunt Jemima brand of syrup and pancakes, filed a lawsuit against PepsiCo and Quaker Oats, claiming the corporations owed them royalties that should have been paid to Harrington’s estate.  They claimed damages in the amount of $3 billion.

Apparently, the judge hearing the case saw things differently, as he tossed the case out of court.  In fact, the only evidence offered by the plaintiffs in support of their relationship to Harrington was that one of them claimed to have received a photograph of Harrington from his grandmother (which has since been lost).  As a side note, I’ve got a poster of Farah Fawcett from 1980 that I can’t find, which according to these plaintiffs means that I’m qualified to file a lawsuit on behalf of her estate claiming that she didn’t receive all of her residual payments from reruns of Charlie’s Angels.  What a great show that was.

What can we learn from Aunt Jemima?  First, everyone needs an estate plan. I doubt that Anna Short Harrington ever thought that her likeness would become the face of such a famous brand.  Her estate may have been entitled to payments for the continued use of her likeness after her death, depending on what agreements she entered into during her lifetime, but it appears that she may not have had an estate plan in place when she died.  Even if you think you don’t have enough assets for an estate plan, you do.  In fact, if you don’t have an estate plan in place, your state legislature has been kind enough to provide one for you, and you may not like the default provisions.

Second, before you agree to be the face of a multi-million dollar brand of breakfast foods, you should talk to an attorney to protect your interests.  After all, if this could happen to Aunt Jemima, it could happen to anyone.